Elementary School Registration: EMSB campaign emphasizes how bilingualism is a passport to the world 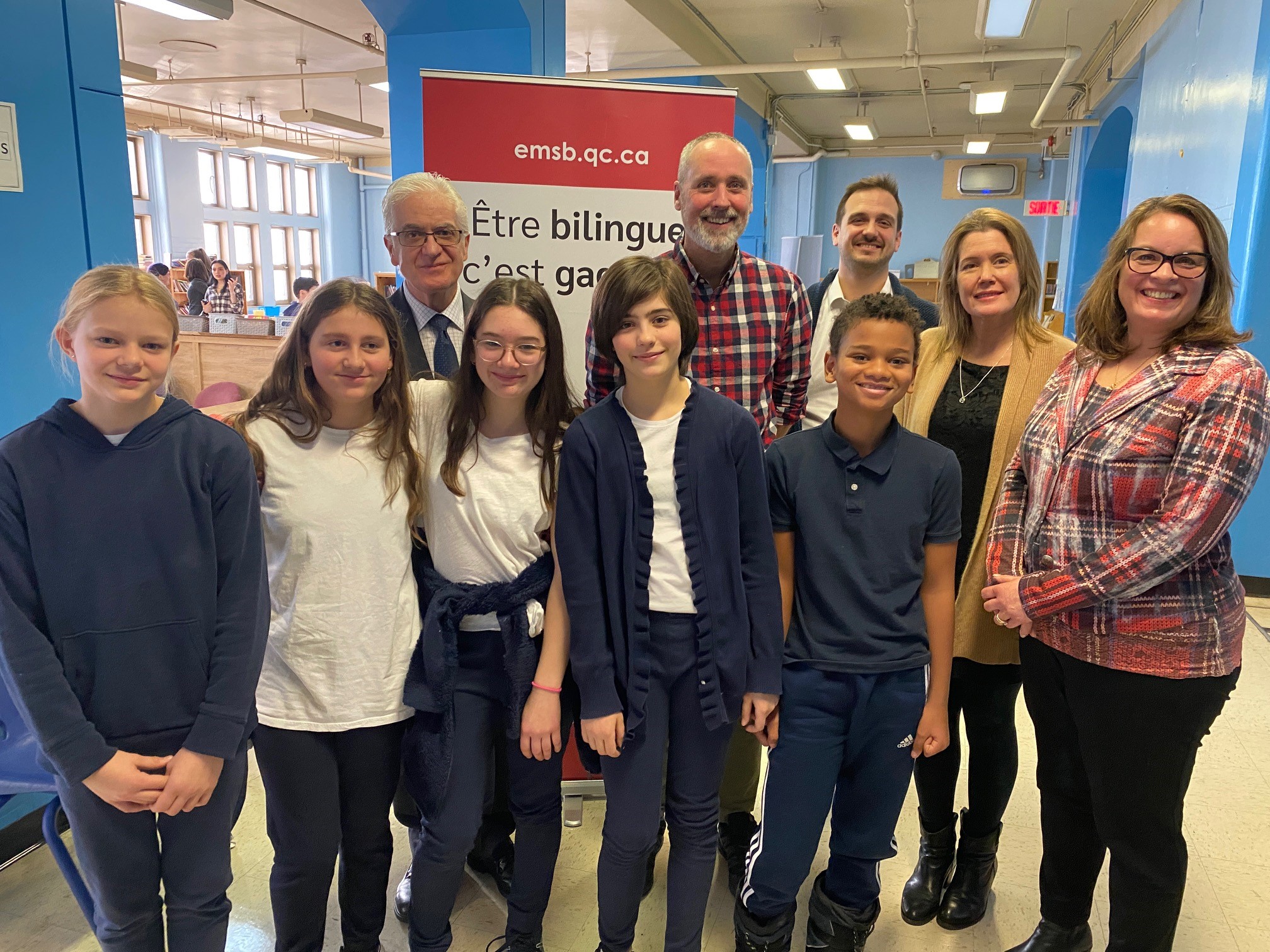 On the eve of Elementary School Registration Week for the 2023-2024 academic year, the English Montreal School Board will celebrate bilingualism and the excellent quality of French instruction available in its elementary and secondary schools.

“We are very proud of the quality of French instruction our students receive,” said EMSB Chair Joe Ortona. “Bilingualism is a passport to the world. And if we want our kids to remain in the province of Quebec, we must provide them with the tools necessary to pursue careers here.”

Mr. Ortona attended the EMSB’s Nesbitt Elementary School and Vincent Massey Collegiate in Rosemount. As a practicing lawyer, he conducts his work mainly in French.

The month will entail a wide array of activities and action items:

According to EMSB records, out of nearly 20,000 students in the youth sector, close to 1,600 of them have French as their mother tongue, showing the desire parents have to provide a bilingual education for their children.

Children in Quebec can attend English school if they have a certificate of eligibility, which is granted under specific conditions. Visit the following website for eligibility criteria: www.education.gouv.qc.ca/en/parents-and-guardians/instruction-in-english/eligibility/

There are thousands of students across the province who have at least one parent who had the majority of their education in English. That adds up to a lot of students who can choose a school within the English system. There are also parents raising their children in an English home who have chosen a French school because they believe their child will graduate speaking a superior French. However, research has shown a close association with achievement of children learning a second language when they and their parents are provided support in their first language. “By attending an EMSB French immersion program, your child will graduate bilingual,” says Mr. Ortona.

At the elementary level, the EMSB offers three models of French: Core, bilingual and immersion. After spending seven years, including kindergarten, in a school offering a core program, a student will have received 32 percent of instruction in French. According to the same calculations, students who attended schools with bilingual and immersion models will have received a total of 50 and 68 percent of instruction in French respectively.

Several French programs are available at the secondary level, including the base program, enriched program and français, langue d’enseignement. Between 38 to 72 percent of instruction is given in French in Secondary I, II and III, with some schools offering early immersion at the secondary level.

“Although our secondary schools do not offer similar programs, an extensive analysis of the different models of French instruction at the secondary level reveals that our schools provide increased time for French instruction, above the requirements of the ministry regulations,” said Mr. Ortona.

It is interesting to note that immersion students have been found to perform as well as francophone students on tests of reading and oral comprehension. Whether students are enrolled in this type of program or another one, their linguistic skills are generally not a serious obstacle to their effective use of French for academic or interpersonal purposes.

In Canada, French-English bilingualism carries a number of cognitive, cultural and socioeconomic benefits. Bilingual individuals have enhanced problem-solving skills because of their ability to attend to relevant information and disregard misleading information. French-English bilingualism enhances a person’s ability to participate fully in Canadian society. Canadians who speak both official languages also have, on average, better job opportunities.

About the English Montreal School Board

With a youth and adult sector population of more than 35,000 students, the English Montreal School Board (EMSB) is the largest English public school board in Quebec. Established on July 1, 1998, when the province created new boards along linguistic lines, the EMSB network consists of 77 schools and centres. For more details, visit the EMSB website at www.emsb.qc.ca.