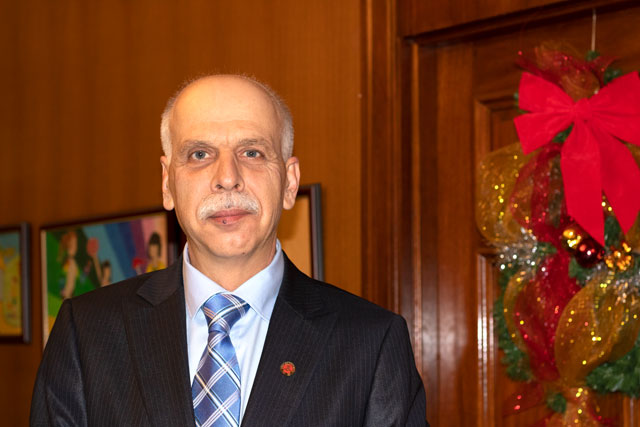 By: EMSB Communications
School Board

While the Council of Commissioners are not presently sitting due to trusteeship (they may convene for matters related to legal cases), a vacancy has been filled in Ward 8. That was previously held by Patricia Lattanzio, now the Federal Liberal Member of Parliament for St. Léonard-St. Michel.

Mario Pietrangelo has been chosen as the new commissioner. He was born in Montreal and grew up in   Saint-Léonard. After completing his high school studies at the EMSB’s Laurier Macdonald, he entered the police program at John Abbot College and obtained his diploma from the Police Academy in Nicolet. He served 30 years as a police officer in the city Montreal. In 2006, he was awarded the Governor General’s Police Exemplary Medal for police officers who served in an exemplary manner, characterized by good conduct. He retired from the force in 2016 with the rank of supervisor. Since retiring, he has been actively involved with EMSB schools Honoré Mercier and Vincent Massey Collegiate, serving on Governing boards, parents’ committees and PPO’s. He is married and the father of one child who is enrolled in the EMSB school system.

Did you know two of our vocational centres offer premium services at a discount?